Have you been watching the Olympics?

I had to admit I was typically cynical Brit about the whole thing. Even when we had the Olympic torch coming through town I kind of thought I should go but wasn’t really that bothered. But I went along, the sun came out and there was a great atmosphere. It was a really excellent way of bringing the Olympics to all areas of the UK, without it being an exclusively ‘London thing’.

I’m not the biggest lover of sport but even I have been engrossed in watching the Olympics.I started just watching the odd bit where we had Brits in the finals and we stood a good chance of a medal. After a few days, I was watching all sorts of sports that I’d never even seen before.

Even the opening and closing ceremonies has had that quirky, distinctly British style to them.

I was in Spain last week, and I might add that I was still managing to keep up with the Olympics, and it was a little bit surreal. There were a lot of Union Jacks on clothes. Nope, I wasn’t in ‘British Benidorm’, I was in Alicante, and these weren’t all Brits wearing the Union Jacks. I’ve also seen the UK High Street creating all sorts of summer clothes based on Union Jack styling.

Has the Union Jack come back into fashion again? We all remember Gerri wearing the dress to the Brits and I certainly remember a lot of Union Jacks and targets on clothes in the late 70s and 80s. My mate’s boyfriend even had a Union Jack blazer, but then again we were in a mod club…
Anyway, it must have got me think and made me feel a bit patriotic so I decided to make a couple of new crochet designs for Kindle covers. I’ve got a Union Jack and a mod target. I think both look fab and fit most eReaders and 7 inch tablets (Samsung Galaxy etc) too, and can also be made to iPads and iPhones. 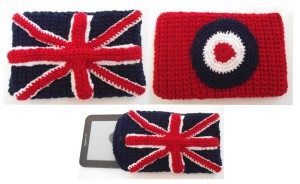 These are now available online in our shop.

There’s also a bunch of other designs too – a skull, zombie, robot, daisy, and a TARDIS. All can be Kindle, eReader, 7 inch tablet, mobile phone, iPad or iPhone covers. All are handmade which makes each one a little bit individual. If you would like something different or bespoke, please contact us with your request at https://quirkypurple.com/ask-us-to-source-and-item/

Stock changes daily so check us out!
http://stores.ebay.co.uk/Quirky-Purple 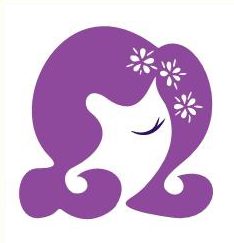