I made this minion toilet roll cover a little while ago.

Now, my little girl has recently started to love the minions. She spotted the toilet roll cover when I looking through my things for another toilet roll cover that I’d had an order for. She was convinced it was a hat. Obviously too small for her to wear as a hat 🙂 I tried to explain with was to put on a toilet roll, but she wasn’t convinced by my explanation….

Anyway, she kept asking about the ‘minions hat’ so I thought I’d better have a look at making one for her.

This weekend I finally got around to it. She was pretty interested in the process and could tell it was going to be a minion even before I’d finished the basic part of the hat.

I managed to get it finished in time for her to wear it to see the lights switched on in our town centre, in Penarth.

What do you think of the finished hat? 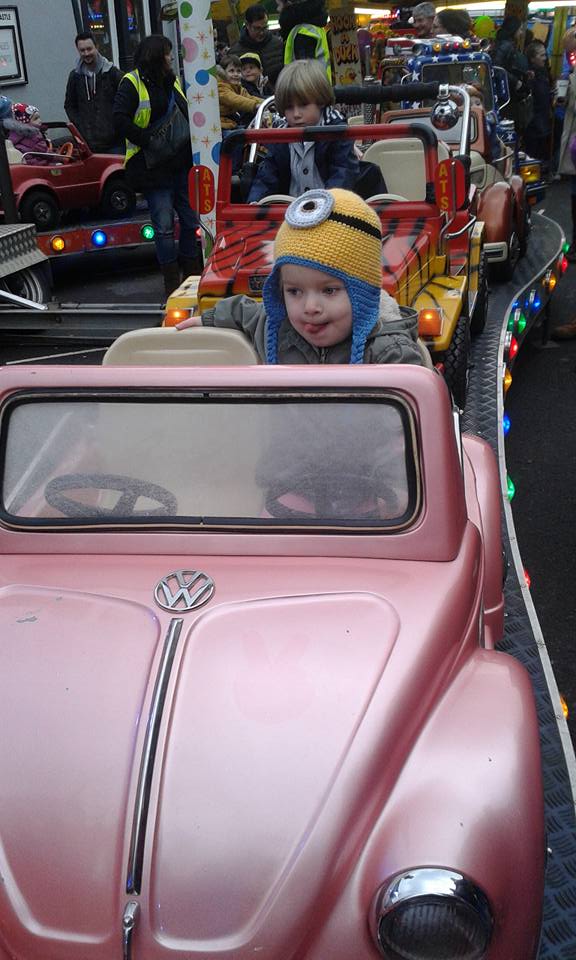 She loved it – not the ride though – she screamed to get off after it had been round 3 times. They had to stop the ride for her… Hey, ho, that’s pre-schoolers for you 🙂